Call them clairvoyants, fortune tellers or having supernatural powers but psychics are capable of enabling the perceive events before they take place. So question is – Why don’t we hear stories about Psychic’s winning the Lottery. 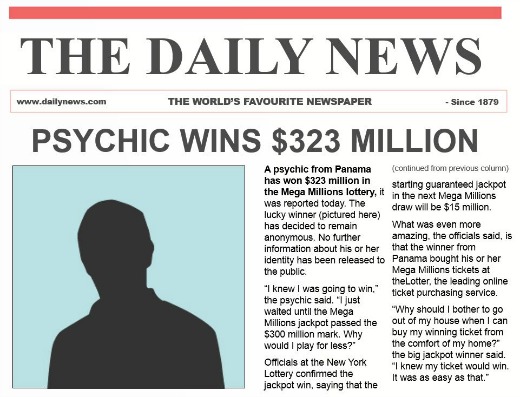 Could it be the fact that psychics actually CAN’T predict the winning lottery numbers, or they simply choose to remain anonymous after winning? Contrary to some’s belief, there have been stories about psychics predicting lottery winning numbers before the draw takes place.

Pushing to play by a psychics Most people have a gut feeling when it comes to playing the lotto. And with psychics, they encourage their client to buy a lottery ticket so that their prediction can come true. And in the case of Kevin Millard, a 54-year-old man from California, was relatively receiving messages from an online psychic that got him to purchase his tickets.

Millard used the psychic’s services on a free trail run and planned on cancelling the connection. But the psychic wouldn’t leave him alone. “She would hit me periodically with messages saying ‘Your money’s coming. This year is a change for you.’” Millard said.

Millard had been using the psychic’s services on a free trial run and he planned to cancel the connection. But, the psychic wouldn’t leave him alone.

A Psychic predicted my lottery win 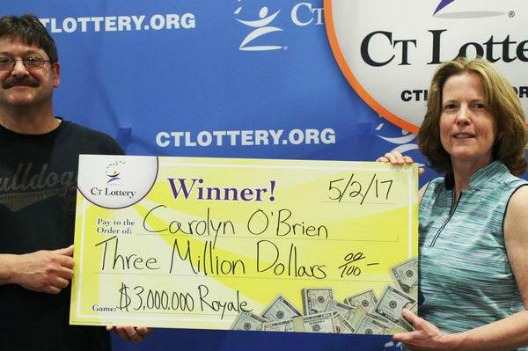 A woman from Connecticut, Carolyn O’Brien, claimed a $3 million lottery prize in May 2017. A psychic many years ago, read Carolyn’s fortune and suddenly grabbed her hand and told her, “I see you with a check in your hand cheering ‘I did it!'”

In another example, in October 2015, a psychic from the city of Chelmsford, Jill Childs, predicted her client Lynne Groves would never have to worry about money again. Just four months later, Groves won a £1million Lottery jackpot. Groves is still buying lottery tickets after being told she’s will another million. 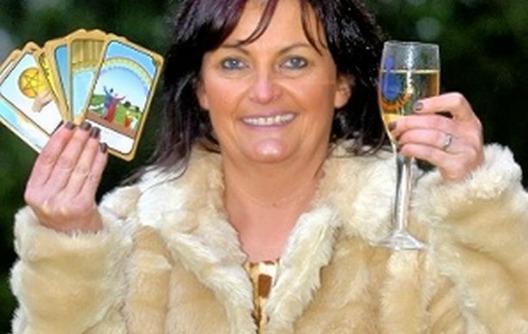 A British woman that goes by the name of Ocean Kinge, set up a Lottery Syndicate after she predicted a big win with her psychic powers. Claiming she sensed ‘energies’ telling her to start the syndicate.

One day, out of nowhere she said to start a lottery syndicate because she’s got a strong feeling that they were going to win big at the end of the year. And in August 2010, they did. The syndicate won  £1 million in the EuroMillions Millionaire Raffle that year. After being asked why not buy your own ticket if the feeling was so strong? She said: “I don’t know. I just had a feeling it had to be done in a syndicate.”

So, could a psychic win the lottery?

The bottom line is most definitely yes! Of course they could! A psychic has as good of a chance of winning the lottery than any other. There are no favourites here. All players are equal when it comes to filling out the numbers on a lottery ticket. Lottery numbers are chosen randomly and no one, not even a psychic, can determine which numbers will come up in a draw.